Put one in the win column for the Strathmore Wheatland Kings, as the team snapped a three-game losing streak against the Lomond Lakers with a final score of 5 to 1 for the Kings last weekend.

The Lakers got one on the board with a couple of seconds left in the first making the score 3-1 Kings at the start of the second period.

Heading into the second period Jaycob Masciangelo scored from Walker VanEaton and Jayden Hendricks and then in the third, the Kings’ Levitt Ayoungman made the score 5-1 Kings on a goal from Ethan Van Egmond.

Kings goalie Landen Brassard was in the net for a full 60 minutes and made 18 saves. In an unlucky move, the team was given a penalty near the end of play for illegal equipment and one goal was disallowed.

“We played good enough to win for sure, but we do need to tie up some loose ends and play a little better.”

He said the team needs to pick it up for this weekend’s two upcoming home games.

Next, the team has back-to-back home games this coming weekend. They’ll meet the Lakers once more on Saturday, November 27 at 8 pm and then the Coaldale Copperheads on Sunday at 4:15 p.m.

Wheatland Chiefs Getting Better And Better Each Game Day

Ethan VanEgmond Is Your King Of The Week 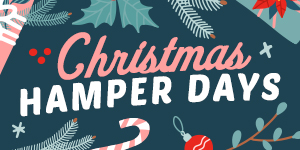