As the year is wrapping up and students prepare to head home for summer, watching students excel in the music program at the school, has been a proud moment for Sarah Haughey Music Director at Holy Cross Collegiate.

“We have had an amazing year playing live again! The Spring brought a wealth of performance opportunities which were greatly appreciated by our students,” she said.

Haughey says, “I feel like this was probably one of the best years with the music program at Holy Cross Collegiate. I think after the pandemic and a few years of not being able to do much, it was really exciting to see how the kids all dug in and stuck together and accomplished huge things.”

“I'm really impressed just with the grit and determination even of all of the students at Holy Cross Collegiate. We did a lot of things with athletics and spirit and Fine Arts to bring the community back alive after the pandemic and I am really proud of them and their enthusiasm,” she said.

“We had an opportunity to participate in the Alberta International Band Festival as well as our own Strathmore Performing Arts Festival. The Holy Cross World Drumming Ensemble received a Shining Star Award for their traditional Japanese Taiko performance at our local festival. And both the World Drumming Ensemble and High School Band were invited to perform at the festival’s annual Showcase Concert,” said Haughey.

This year, three Holy Cross Collegiate students were accepted into the Alberta Youth Wind Symphony this. The Wind Symphony is comprised of dedicated music students from across the province. Althea Rueda (Grade 12), Ryann Tashlikowich (Grade 12) and Mickaela Boll (Grade 11) represented HCC this year and Boll’s audition landed her the role of Principal Percussionist.

The music director noted that the HCC Drumline competed at the Canadian Drumline Association Festival in Calgary this year alongside Drumlines from across the province including the Calgary Stampede Winterguard.

Haughey explained that the school has been participating in the world drumming program for about six years now and students are exposed to West Africa and Japanese Taiko drumming as well as Trinidad and Tobago steel drumming.

In the past the students have travelled to the University of Lethbridge once a year to get specialized instruction.

The highlight of our Festival season was participating in the Alberta Band Association Provincial Festival of Bands! The HCC Grade 7 Band and HCC Grade 8/9 Band both scored an Excellent + (Silver +) and the HCC High School Band walked away with Superior (Gold)! This is the highest score given at Festival. To achieve a superior ranking at the ABA Provincial Festival is quite an achievement! This year over 90 schools from across the province competed and 29 received a superior ranking.

To top everything off, on Tuesday HCC had a visit by the Calgary Stampede Winterguard Showband at the school as a recruitment session for students. 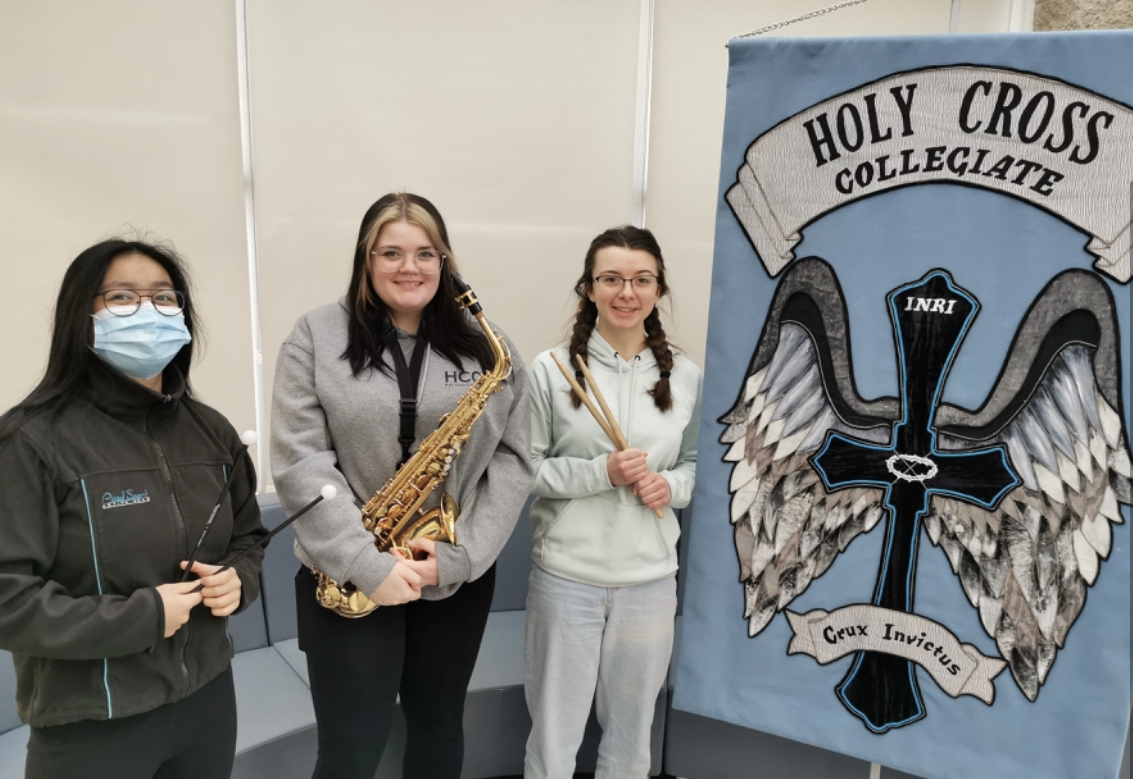 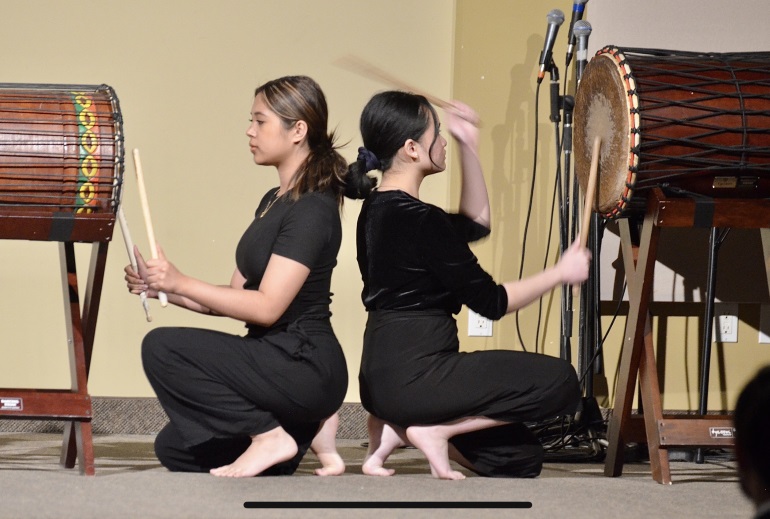 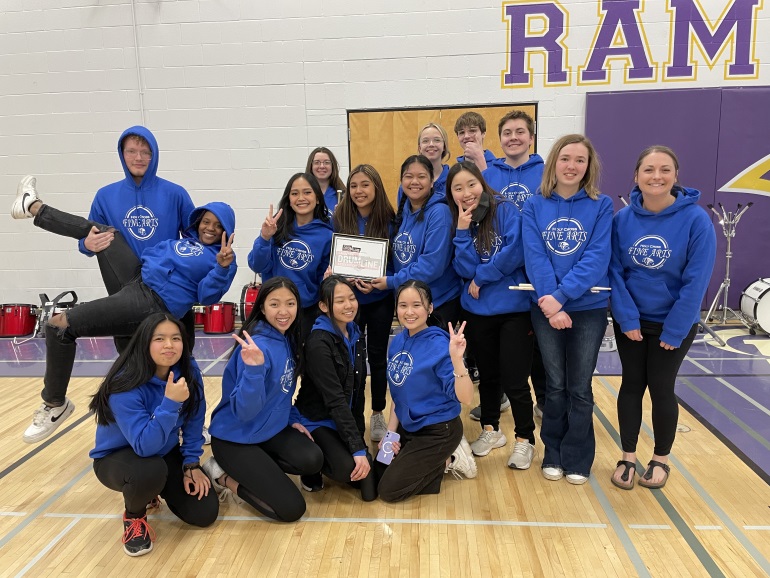 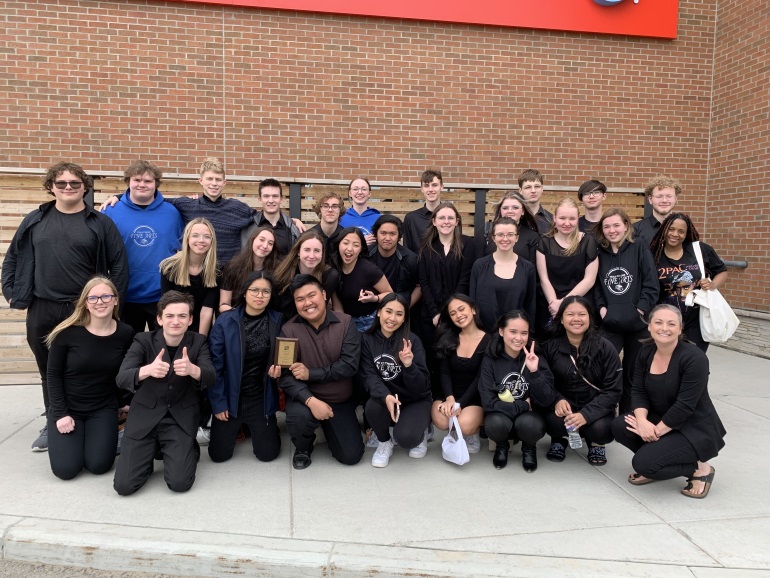 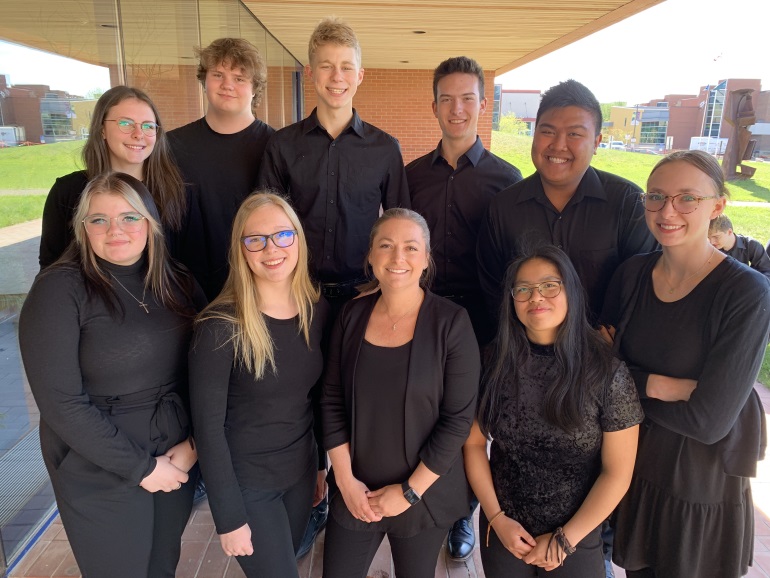