On January 22, Nanton RCMP, Fire, and EMS responded to a single-vehicle collision on Hwy. 533 east of Range Road 265.

The driver and lone occupant of the vehicle, a 52-year-old male from Three Hills, Alta., was found deceased.

Investigation indicated the driver was travelling eastbound when he went onto the south shoulder, overcorrected, and rolled the vehicle.

In the midst of this tragedy, a moment of benevolence arose. After emergency crews left the area, the RCMP were advised that the deceased had a passenger with him, his golden retriever “JD”.

No further details will be released at this time 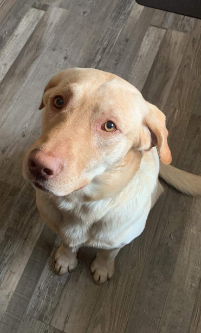