The view from Calgary Stampede Parade

The Calgary Stampede Parade has been a tradition since 1912, when around 1,800 First Nations individuals led the parade through the streets of Calgary as it was taking its first steps to become a staple city in the west.

A lot has certainly changed since then but the tradition of the parade is still going strong this year.

Most notably this year the organizers of the parade got the star of Yellowstone and Dances with Wolves Kevin Costner to be this year's esteemed parade marshal.

Leading the way right in front of Kevin Costner was Wheatland County's own Kyler Rhinehart and Madison Bodeux who are part of the 4H Rusty Spurs club! They were carrying the Stampede Showriders' banner.

"It was really cool, we got to see a lot of beautiful faces," Rhinehart said. Bodeux added that it was really cool to be in front of Costner, and that she and Rhinehart just watched Yellowstone the day before.

For Rhinehart, seeing how excited the kids get to see the horses was her favorite part of the parade, while Bodeux said her favorite was seeing Miss Strathmore Stampede Martina Holtkamp.

The floats were varied and amazing as usual, and it included the Men in Kilts, who took a break from washing windows to join the procession. Calgary Fire also joined in the festivities in an old-timey firetruck, and Guns of the Goldenwest a group of historical reenactors were present showing off their historical outfits.

In stark contrast to the previously mentioned entries, the Town of Vulcan entered with a Star-trek themed float! On top of that, Holtkamp was joined by the other Stampede princesses, who all got in on the fun.

And that's just naming a few; this year's parade was packed with everything from clowns to cops as the procession made its way across Calgary.

Now that the parade is over and Stampede festivities are picking up one thing is certain: next year's parade is gonna have some big shoes to fill. 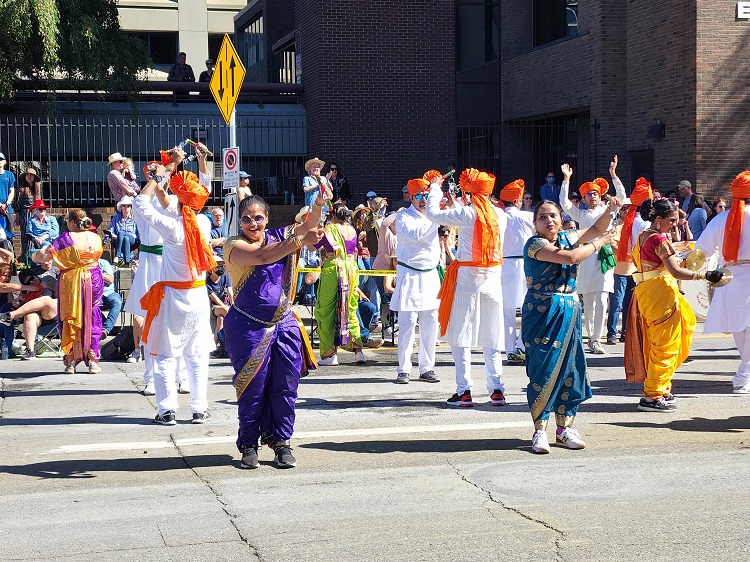 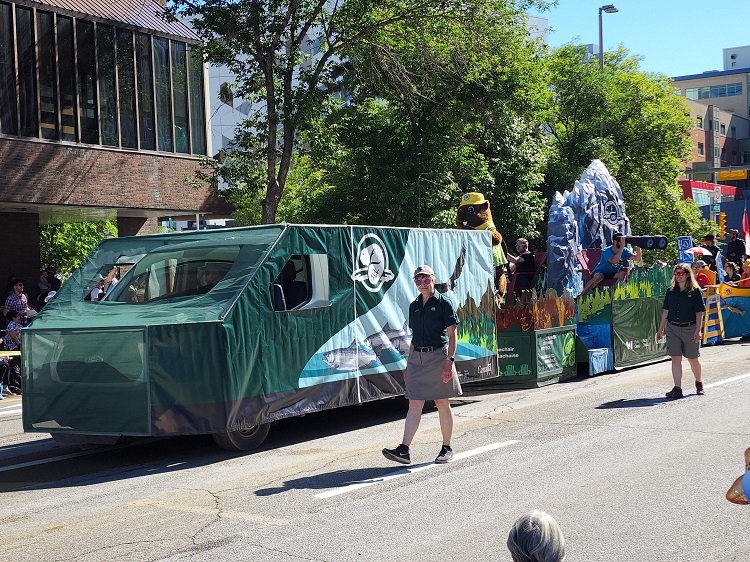 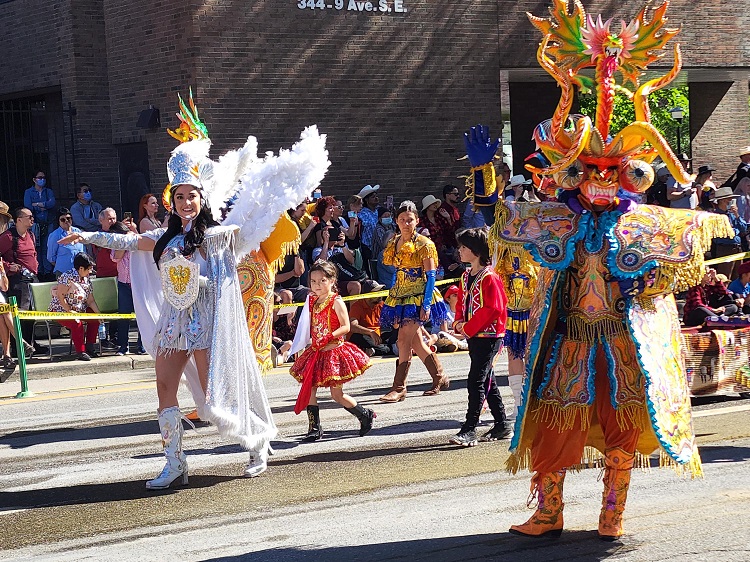 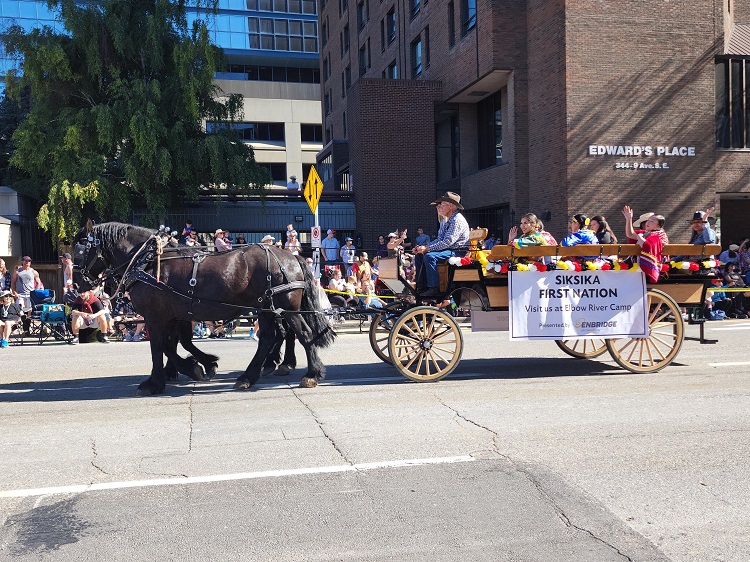 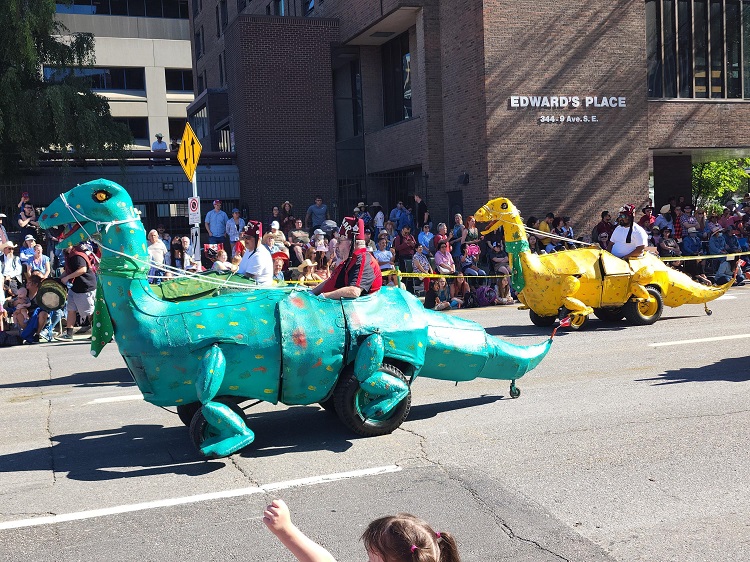 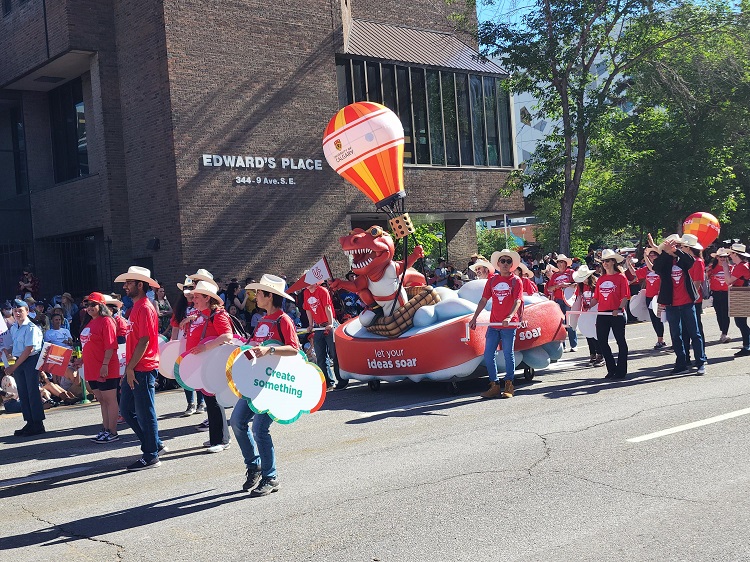 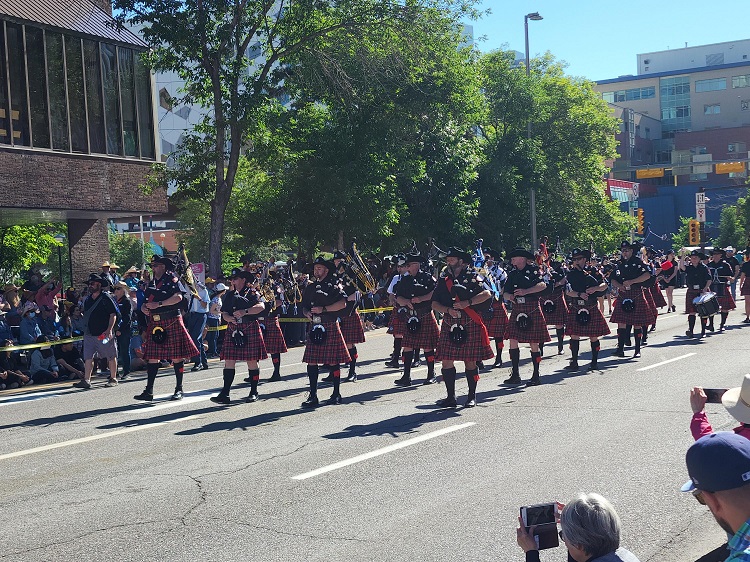 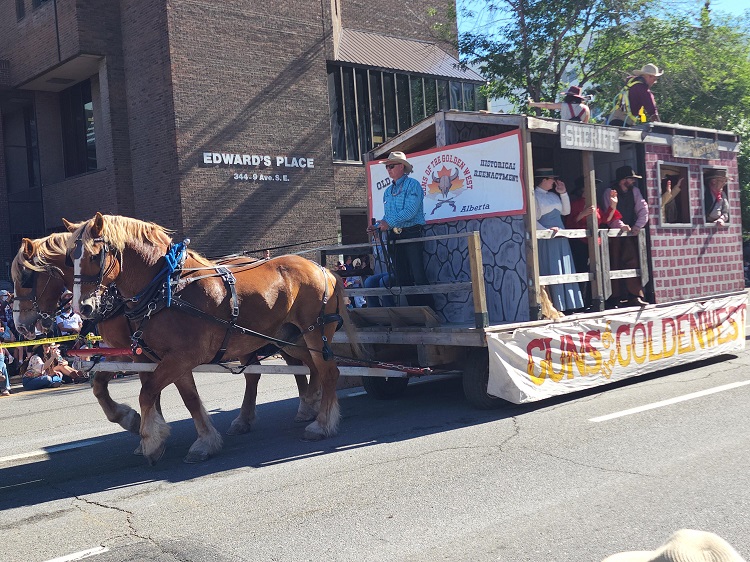 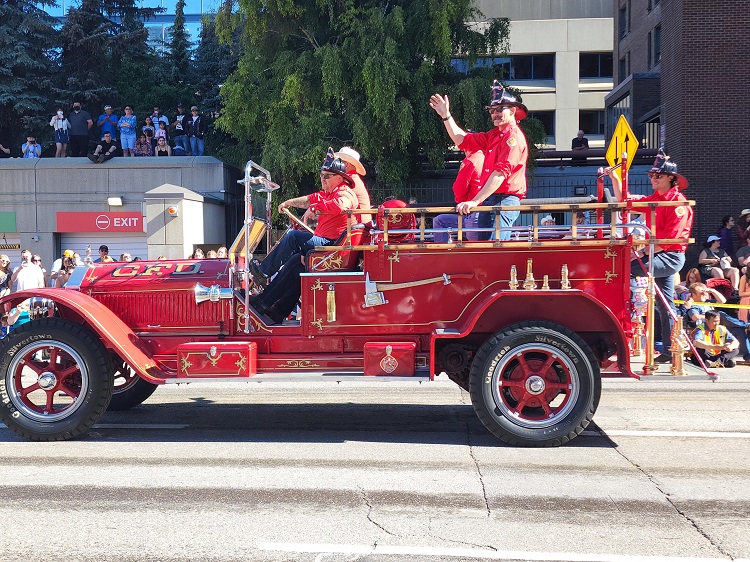 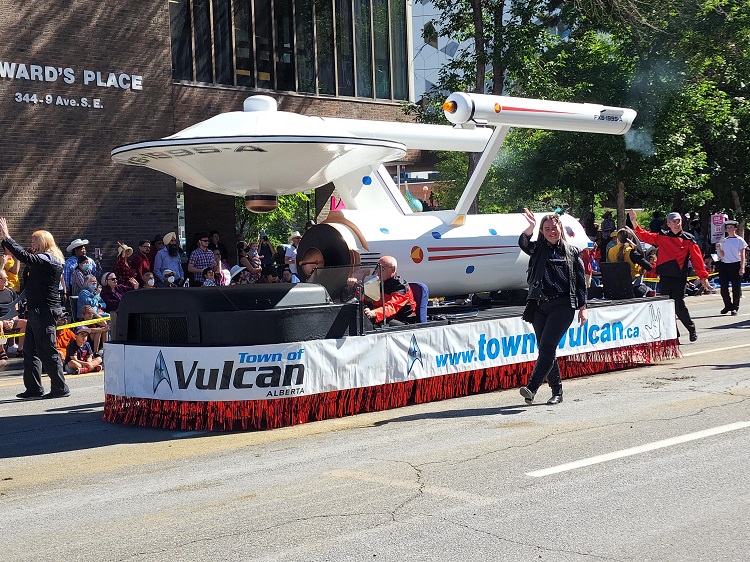