Chair Marilyn Galvin said last year was a busy year and they are expecting to see more requests this year, "On the first day we already have 19 applications compared to last year when we just received 8."

For those in need, Galvin said that they can contact 403-934-2266 and they will be asked a few questions to determine if they qualify for a food and/or toy hamper this year.

With more people in need this year Galvin and the team are preparing for increased requests, "Last year we handed out 279 food hampers and 323 toy hampers, we are estimating this year about 328 hampers."

The campaign was launched on Monday with donation boxes being placed around the community said Galvin, "There's going to be posted on our website a list of all the places where there's bins or boxes for collections, but otherwise there are the major stores."

That includes all of the major grocery stores, the Town Municipal Building, and many other smaller businesses throughout the community.

Glavin noted that the toy drive held at Canadian Tire last year with 104.5 More Country was a huge help along with the funds collected through the tills at Canadian tire during the campaign.

"The amount of toys brought in really helped because we were down on our food donations so we had to use more of funds collected for that."

Galvin expressed the organization's gratitude over the years and noted that none of this could happen without the generosity of the community.

Donations can be collected until December 13th and the annual Christmas Hamper Days toy drive with 104.5 More Country will be back November 25 from 3-6 pm and November 26 from 10 - 4 pm at Canadian Tire. 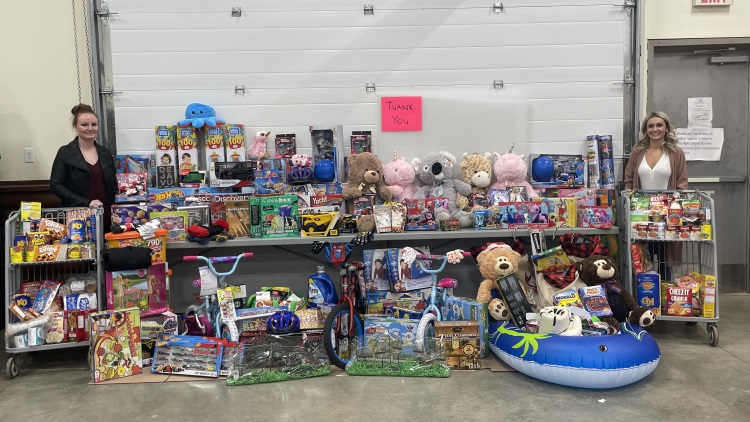 The Brownies will be getting a new name

3 outdoor skating rinks on the way

Holiday events with the Town of Strathmore