The Strathmore U16A Ice ringette team came home sporting a silver medal at the Friends on Ice tournament in Red Deer last weekend. The tournament was held from January 7 to 9.

The team began the tournament with 10 players, a goalie, and 9 skaters, but lost one member of the team on ice due to injury.

It was a great performance for the group as they played extremely well, making it to the tournament final, but being edged out of a gold medal as they were defeated by a score of 3-2 by the Airdrie Sting.

According to Ed Yu, an on-ice volunteer with the team, “The weekend was a triumph regardless of the medals.”

Strathmore U16 Ice is made up of players from Strathmore and Indus with Head Coach Andrew Higgins and Assistant Coaches, Tara Risdon and Jay MacLeod.

Yu says many of the players have been on the ice together since they were five years old.

The season began with a loss against a Calgary team, but the Strathmore Ice picked themselves up and worked hard in practice and during a few dryland training sessions.

“After a few more practices, they attended the Jingle Ring Tournament hosted by a Bowview Ringette team. After losing players to injury and illness, they found themselves playing with 8 players for two of their games,” said Yu. “The girls surpassed expectations and made it to the gold final and in a very close game with a one goal lead, the Bowview Avengers shot at the final buzzer but the ring had not crossed the goal line at the buzzer so the Strathmore Ice was victorious by a score of 7-6 to secure the gold medal. They returned that evening to play Cochrane and won that game by a score of 9-6.”

Yu says, “It seems that being down many skaters has happened a lot this season but it doesn't deter the players from doing their best, and finding out that their best is very impressive. After one of their league games, a referee gave the team a well deserved compliment for the heart and work ethic they displayed.”

At the tournament in Red Deer the team played Pembina Power, the Red Deer Rush and Airdrie Sting.

With only 9 skaters and a goalie, they defeated the home team 5-3. During that game, they lost another player to injury. The second game against Pembina was a 5 – 3 loss. There was a team meeting that seemed to motivate the players as they got back on the ice to defeat Airdrie 5-3.

The win secured Strathmore’s place in the final against Airdrie.

“In the final, Airdrie came out with an early lead but Strathmore continued to fight. With one minute left in the second half, Strathmore pulled their goalie and hit the crossbar with 30 seconds left. Still, with pressure but out of time, Strathmore succumbed to Airdrie but with heads held high. Coach Andrew mentioned that no matter what colour the medal was, the weekend was already a success because of the effort and heart he saw from those players,” said Yu. 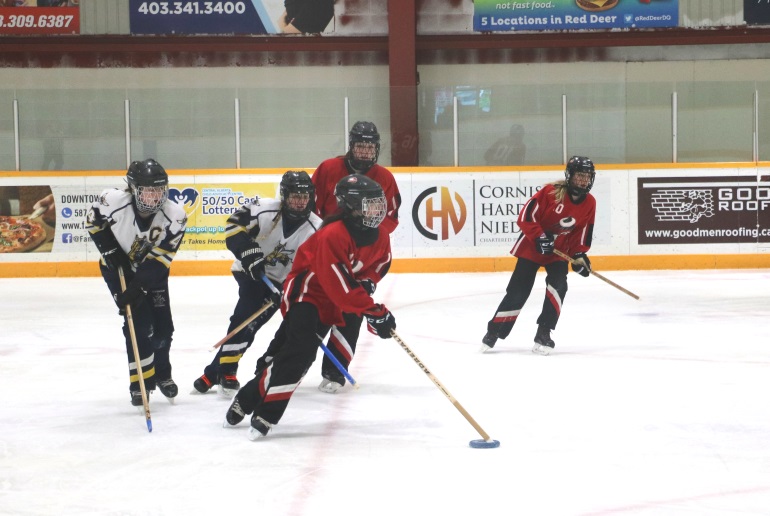 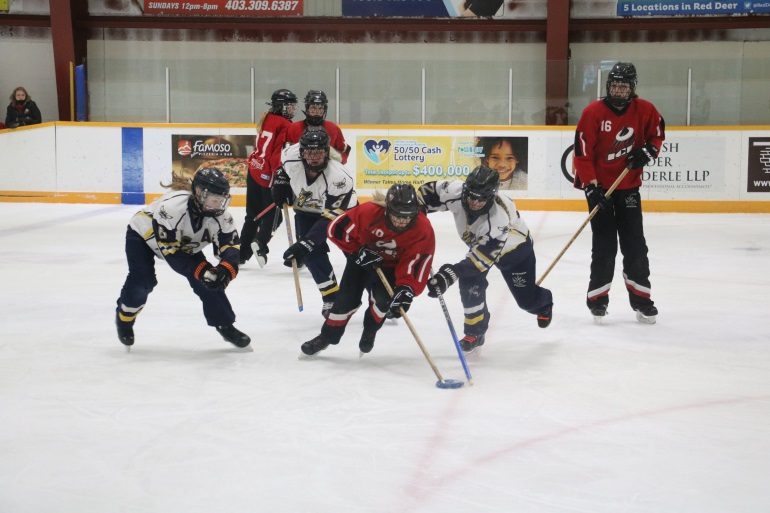 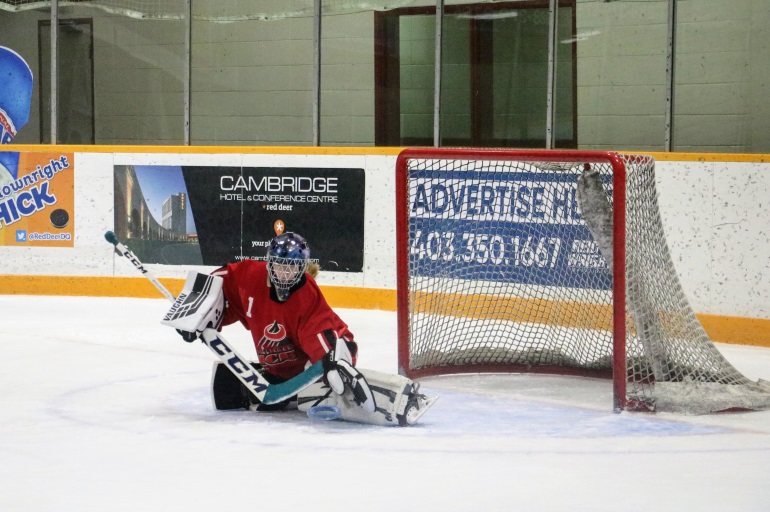 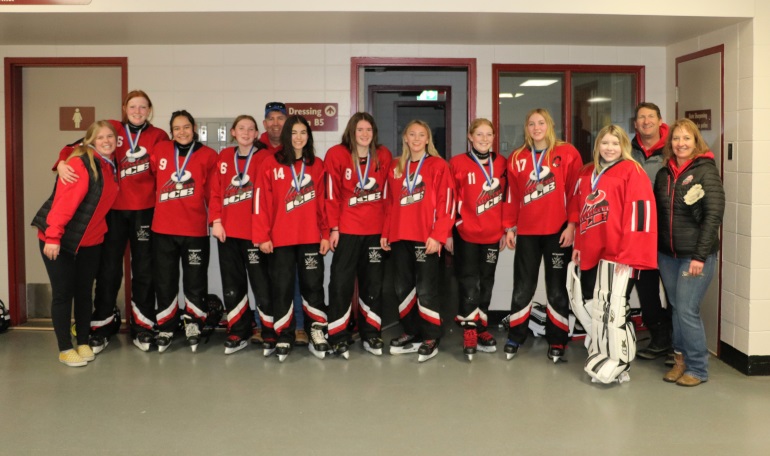 Getting A Healthy Start To The Day – School Fuel

Housing Market Bouncing Back In Strathmore

Cases trending down, hospitalizations up in latest COVID-19 update

Governance Bylaw Up For Review

License Plate Stolen? Read This Before Heading To The Registries

Two Out Of Three Ain't Bad For Kings

A Focus On Local Wellbeing