Horseshoe pits will open to the community in the new year

The Strathmore Ag Society held the grand opening on Wednesday morning for the horseshoe pits that were constructed over the summer.

General Manafer of the Ag Society Ryan Schmidt explained the horseshoe pits will be open to the general public in the spring of 2023.

“We've had some of the Horseshoe Pitchers Association folks come and give them a test, but right now we're actually growing in the grass covering for the dirt around them so they will officially open to the public in the spring.”

Schmidt noted the purpose of the grand opening ceremony was to raise awareness within the community about this new recreation space that has been created.

Schmidt said this project would not have happened without the dedication of one man in particular.

“Well, first and foremost, this project was pushed forward by Wes Walker, who is a member of the Alberta Horseshoe Pitchers Association. They want to establish league and practice nights to get ready for tournaments and we're hoping to host a big tournament here in Strathmore as well during the summer.”

Along with having league nights, Schmidt shared that this is also a communal space and it will be open to bookings for the general public.

Along with help from family and friends including Austin Caldwell and Larry Jensen,  Walker said that he couldn't be more pleased to see this finally become a reality saying that he is looking forward to the day that Strathmore can host horseshoe pitchers from across Alberta and B.C.

Wes Walker knew that this was something that he could not have done alone, "I've got to thank the people who helped me do this and I am going to start with Ryan he stepped up to the plate and gave us a spot, and so I thought the next thing that has to happen is I have to start building those (horseshoe pits) I started last May with the help of Austin Caldwell. I also would like to thank Denise Peterson for getting this thing started in the first place."

With the grand opening complete and the pits set to officially open in the Spring that doesn't that Walker is resting over the winter, "This winter I am going to be looking for members to start here next spring, whoever wants to come and give it a try I've got shoes here that they can use and Larry Jensen is going to give me hand with a free clinic to show everybody how to pitch."

It took many different people to make this a reality and Schmidt noted that funding was key.

“The Strathmore and District Agricultural Society is very thankful for the New Horizons for Seniors program who donated approximately $20,000 towards developing these new horseshoe pits for the community.”

Town Councillor Denise Peterson was on hand and spoke highly of what this project means to our community, “When Wes came to town council four years ago with his vision, his passion was tangible and it was meaningful and one of the things that Wes did was he set on a journey of inclusion, he figured out a way to include the entire community from the schools to seniors to everyone of all abilities.” 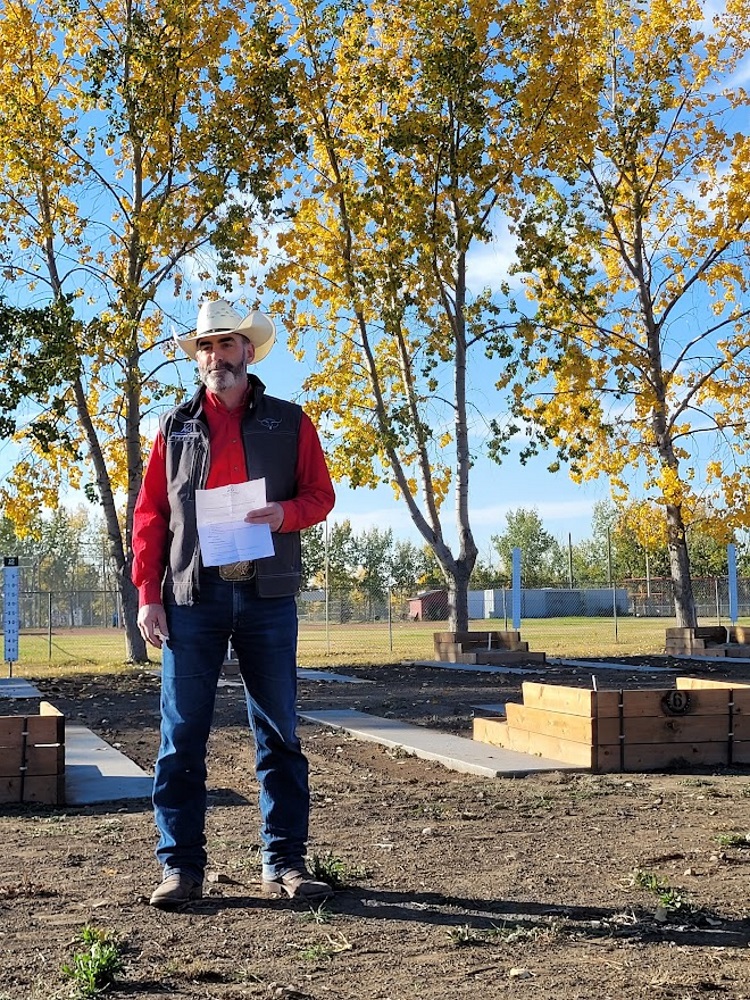 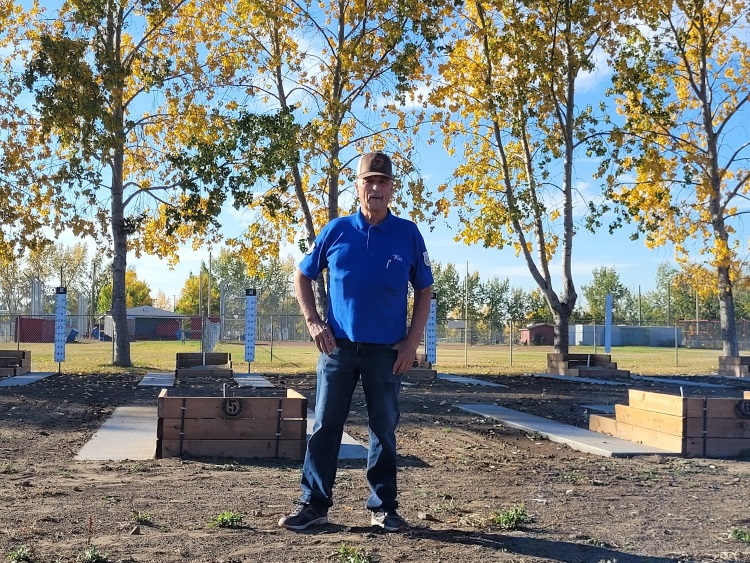 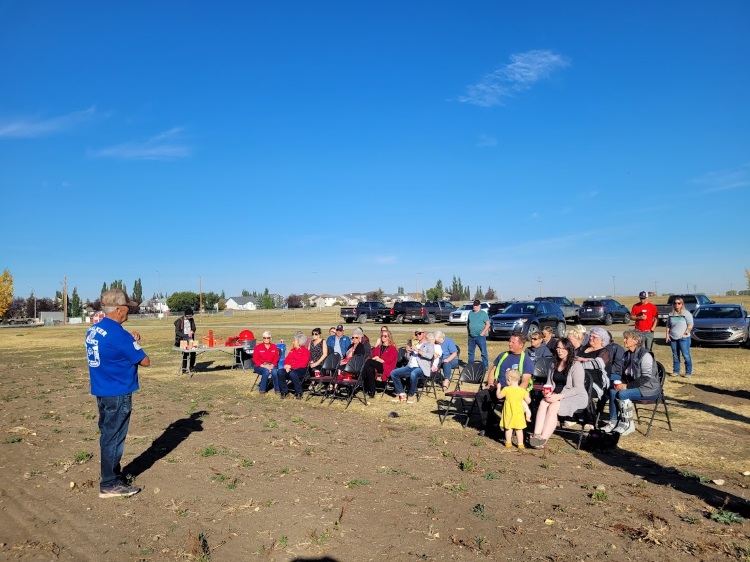 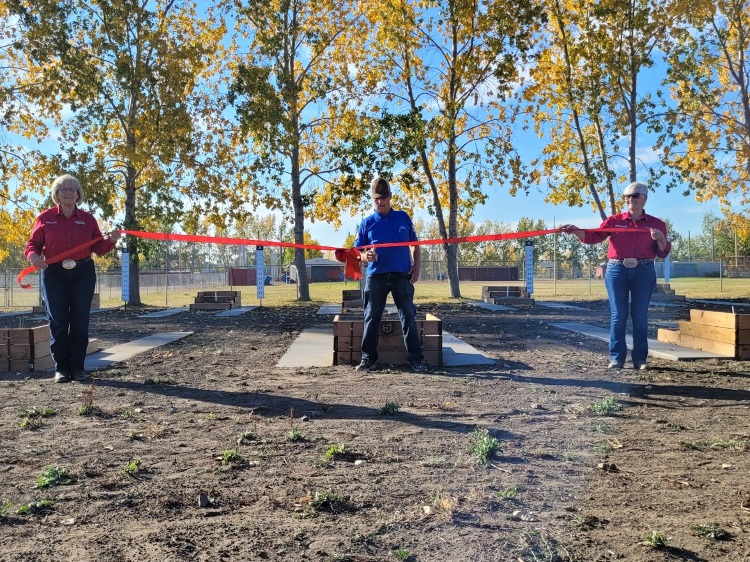 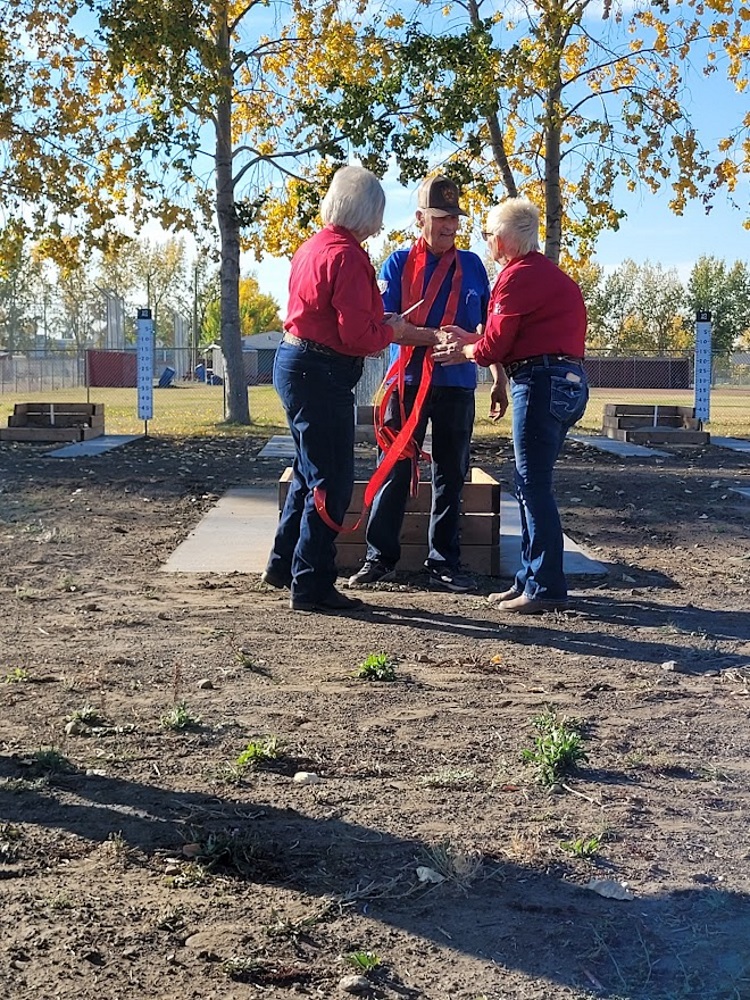 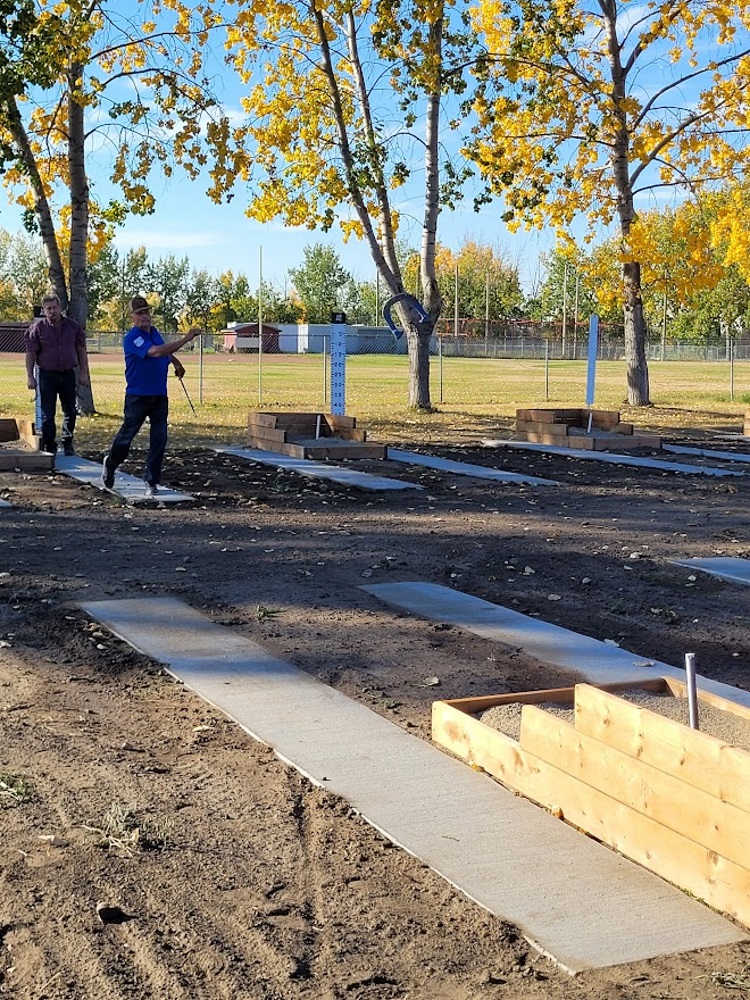 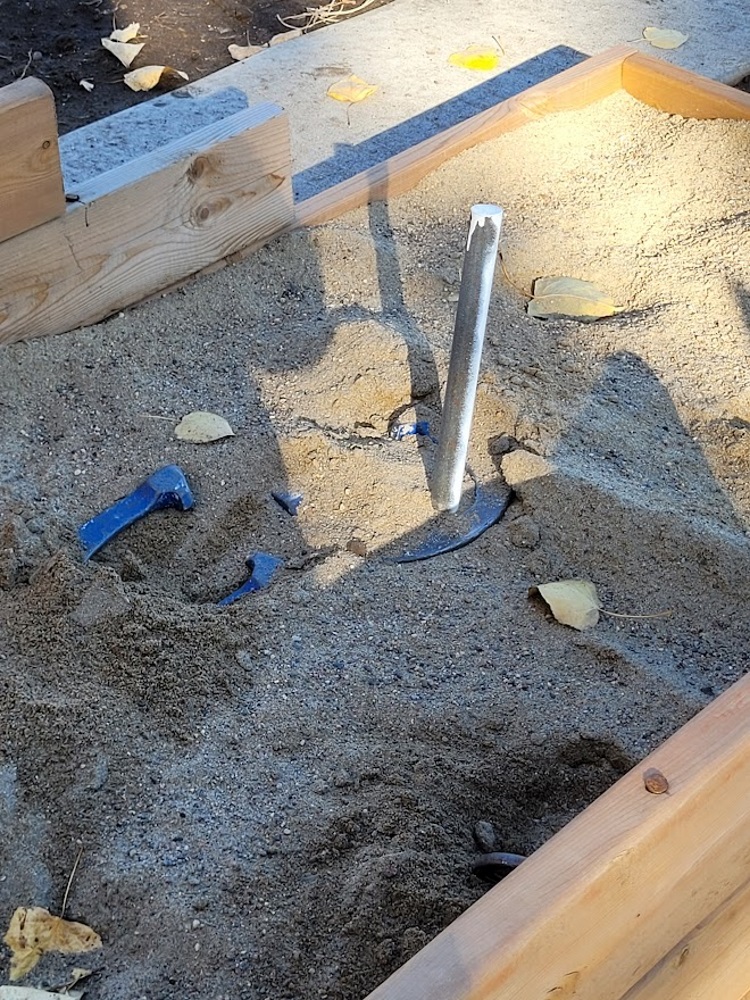 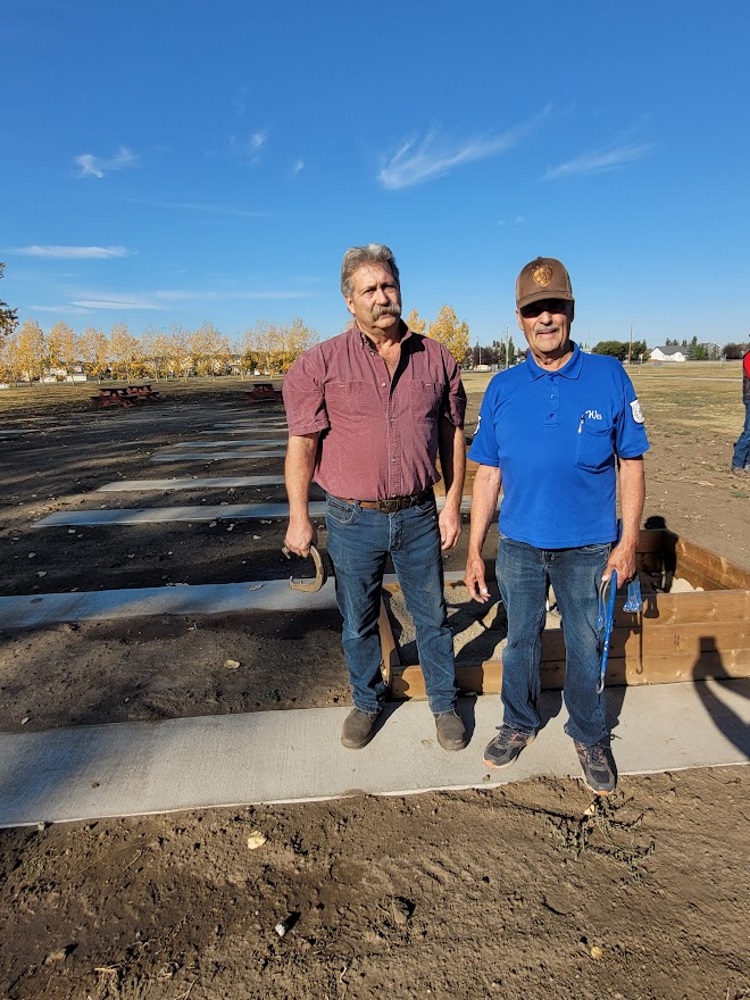 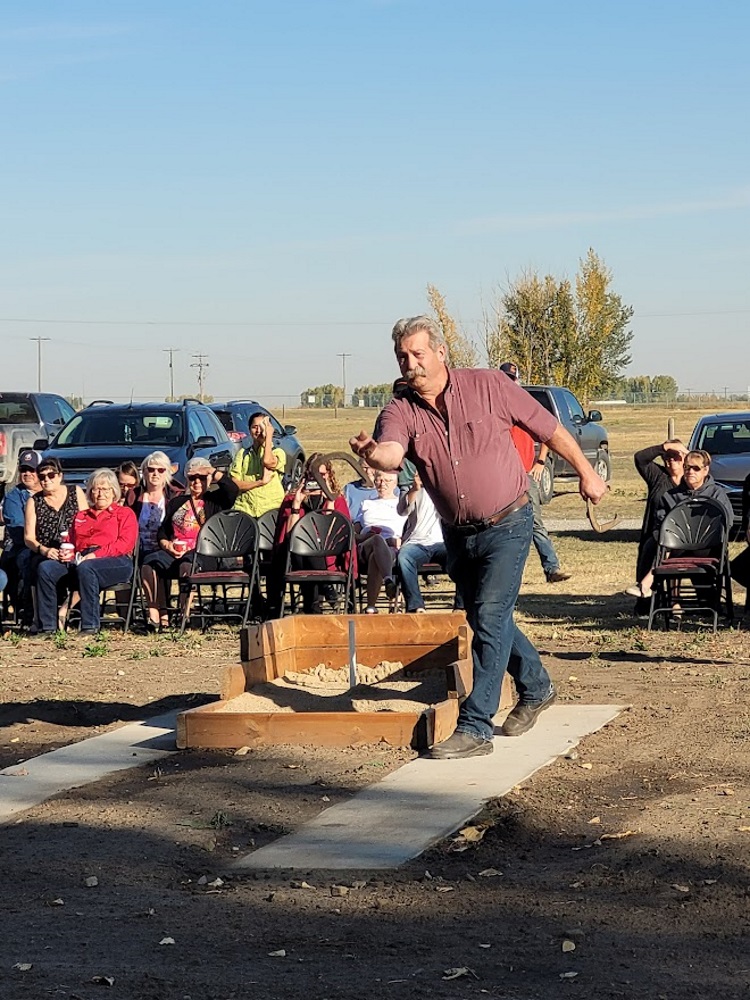 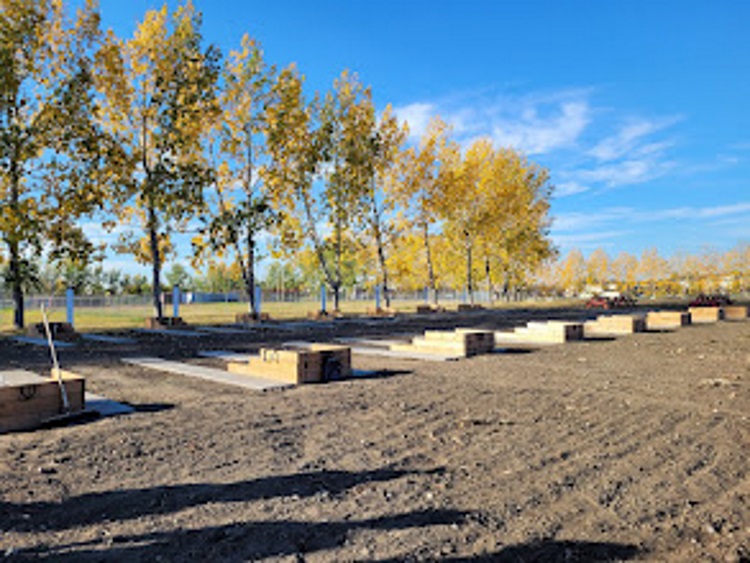 Prosecution disputes testimony of the accused in police officer's death

Sovereignty Act would not 'involve anything related to separation from Canada'

Police release sketch of suspect in string of sexual assaults

Police release sketch of suspect in string of sexual assaults

Kyle Provencher is your Strathmore Motor Products King of the Week!