Strathmore RCMP have identified and arrested a suspect who is believed to have broken into a Dunmore gun club earlier this month.

On Thursday, May 12 an assistance request was received by Redcliff RCMP to conduct enquiries in relation to a break and enter that occurred in Dunmore Alberta on May 5. A suspect forced their way into a gun club and firearms store using a stolen vehicle to steal several handguns. Through their investigation, the suspect had been identified who could possibly be residing in Strathmore.

Strathmore General Investigation Section (GIS) members commenced efforts to locate the suspect at a residence in the 300 block of Highland Circle in Strathmore. During their efforts, a male matching the description of the suspect was spotted walking in the area.

A GIS member followed the male on foot while calling for assistance from uniformed members. Upon noticing the arriving marked police vehicles, the male cut through a residential yard temporarily out of sight for a brief period. The male was later located walking in the vicinity where he was arrested by a GIS member.

A search warrant was obtained and executed by Strathmore GIS members at a local residence where the male suspect was staying. Several items were seized in relation to the Dunmore break in which included drugs, cash, and ammunition.

A backpack discarded by the male suspect while he attempted to evade police was later located during a ground search which contained three handguns, one restricted rifle, a large amount of cocaine, ammunition, and over $8,000 in cash.

The male identified as Josh Munroe, a 21-year-old Strathmore resident was charged in relation to the break and enter and additional new charges, held for a hearing, and remanded into custody. Current charges include:

“The quick identification of this suspect by investigators in Redcliff made it possible to locate and arrest this person before further offences could be committed and to prevent further unlawful possession of these firearms. This investigation highlights the seamless cooperation between RCMP Detachments to solve crime, recover property, and apprehend offenders to keep our communities safe, said Staff Sergeant Mark Wielgosz, Strathmore RCMP Detachment Commander.

The investigation is ongoing led by Redcliff RCMP, further charges may be laid. 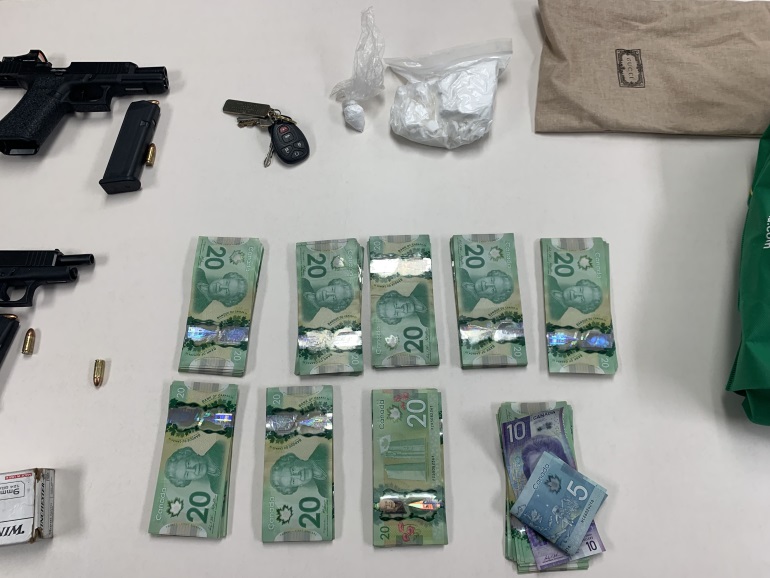 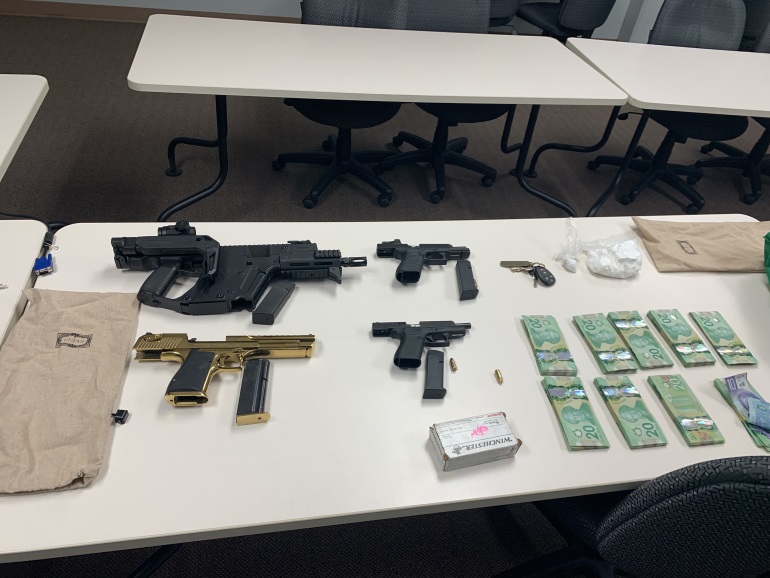 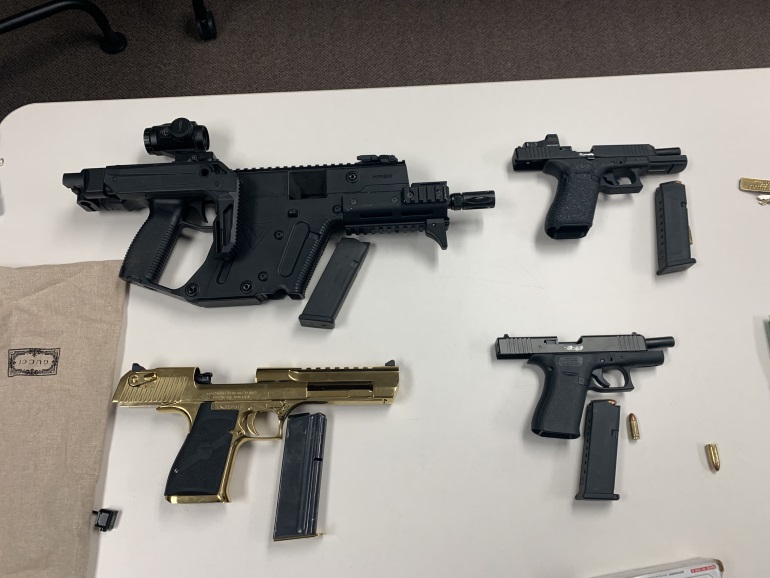