Move over horse-power lawn mowers, it's all about sheep power at Strathmore Solar now!

It was ‘bahs!’ all around as 50 to 100 sheep from Whispering Cedars Ranch got settled munching away at the Strathmore Solar Project.

On Sunday, June 12, Ryan and Janna Grier from Whispering Cedars Ranch worked with Capital Power to deliver a group of 50 to 100 sheep to the solar plant site in order to graze around the solar panels.

Janna says they are planning to have about 400 or so sheep grazing at the site in the coming weeks.

“We moved just a group of 100 last weekend and there's several more 100 to follow.” She explained that they had originally hoped to move more sheep but the rain put them back a bit.

“Our sheep are really used to electric fencing and being moved every day, so it went actually really smoothly. We just pulled up and they pretty much offloaded themselves. They were happy to get to the grass,” she said.

Grier explained at first they weren’t sure what the grass would look like as the site is newly established.

“But surprisingly, there was a lot of regrowth from the standing grass that was already there, so that's what they're eating now,” she said.

This partnership is a first for Capital Power and for Whispering Cedars Ranch.

“It's really nice that it's close to home,” she said, explaining that the visit each day to move the sheep along the solar panels.

“They're kept in with electric fencing and they get excited when they get there because they know they're moving to fresh grass,” she said.

Even though the sheep are used to this type of grazing, it might take a little time for them to get used to grazing around the solar panels.

According to Capital Power, the sheep help to sustainably manage the land, reduce fire hazards, and keep the facility well maintained. 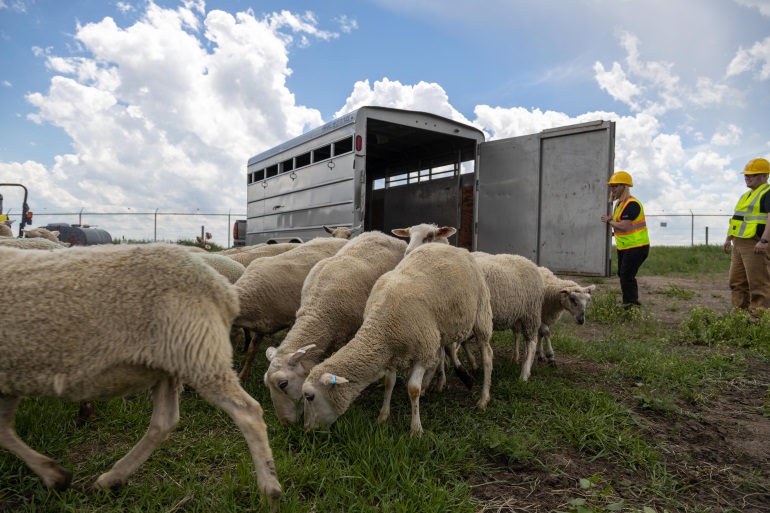 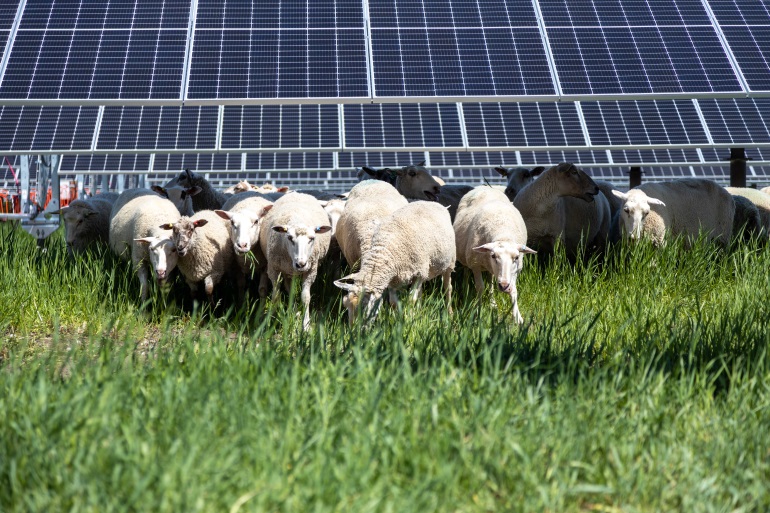 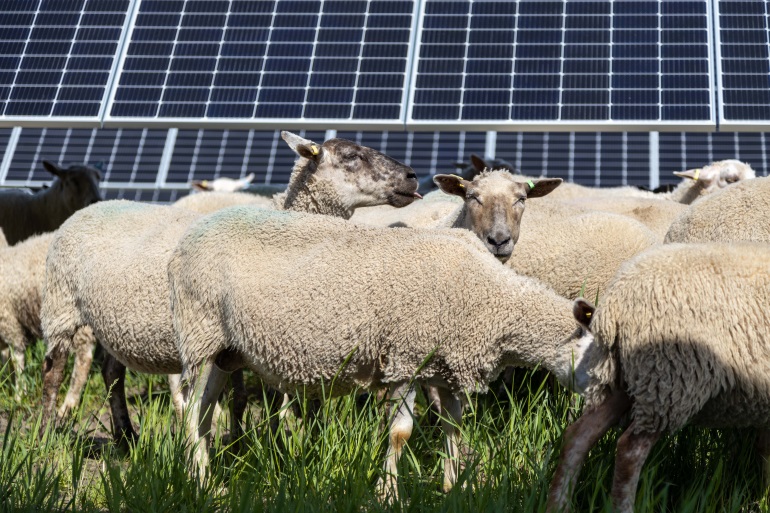 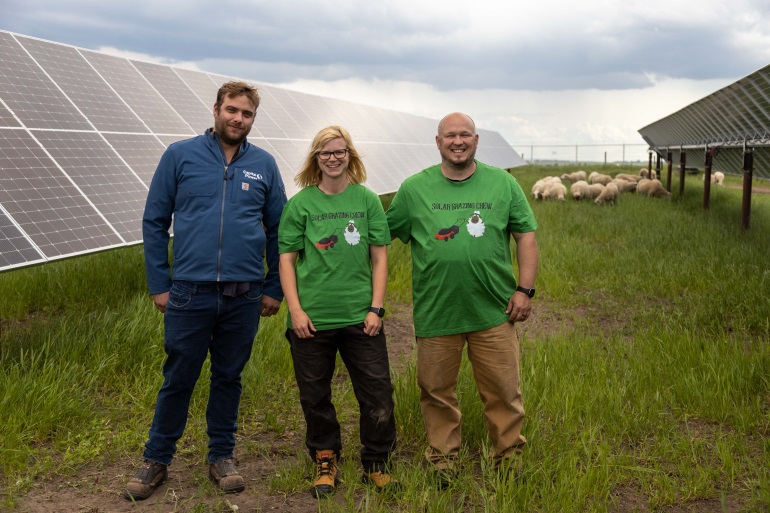 Volunteering at the Stampede is easier than you may think