Wallace said,“The match was close but the Falcons played their best volleyball of the season in this game and earned the banner. Early on in the season we set a goal to win zones and focused nearly all of our practices, games, and tournament play on this goal, and it paid off!”

“Our team worked extremely hard all year and the girls were focused on their goal every step of the way. They had a ton of fun, learned and improved immensely, and became true competitors,” she said.

“Throughout the season we also won the consolation final in our home tournament, finished in the top 4 in the Crowther Memorial tournament, and won silver in the Canmore tournament. These girls had an incredible season and we are so proud of them!”

“We ended up first in the round robin on our side which gave us a bye to the semifinals. We played Trochu in the semifinal. They are a good, well coached team that works hard. We managed to beat them in two sets, which setup a final with ACA,” said Rilling. “In talking to their coach they hoped this was their year. Most of the boys on the team were in Grade 9. In small schools like ours usually you end up with 2-3 boys from each grade so to have a team mostly of grade nines really helps out. They were a very good team and had two players who obviously played a lot of volleyball.”

“In the first set of the final we got off to a quick start going up by 10points early in the set. Eventually we slowed down and they started to come back at one point it was 22-20 for us. We made a couple good plays and eventually beat them 25-22,” said Rilling.

For the second set Trinity Christian was down 9 points early on.

“We called a time out and told the boys they needed to be the harder working team from here on out and all they had to do was out score them 3-1 and they’d have a shot. They we went on a run after that eventually tying it up at 18-18,” Rilling said.

“Now we had all the momentum and you could tell the older boys on the other team were a bit rattled they missed some serves and hit some of balls out of bounds. That was all we needed the boys battled hard and didn’t let balls hit the floor and when we had the opportunity made some kills. The final point was a free ball from ACA that our middle player was able to hit off the ACA blocker securing the win for us.”

The Trinity Christian Academy team is made up of boys from Grade 6 to 9.

Rilling says, “We weren’t intimidating. Usually the opposite teams of older bigger boys would underestimate us when they saw us on the court or walk into a gym. The benefit to a small school is because they all get to start in grade 6 once they are in grade 8 or 9 they have a lot experience and are used to playing bigger older boys.”

“Even though there is a large age gap which could cause division on the team the boys were amazing together even when things weren’t going well in a set or we lost no one blamed anyone or got mad at each other. They weren’t the biggest, but they had will to win that never wavered even if it meant sacrificing their bodies or losing some skin diving for a ball amazing group of boys to coach,” he said.

The 4J team from Crowther Memorial Junior High School came home victorious from the girls volleyball zones over the weekend.

Jerry Flaws, Strathmore High School, Athletic Director and Physical Education, South Central Zone Secretary/Treasurer explains, “The girls played their first match on Friday against St. Joseph's Collegiate from Brooks. Although the girls were nervous they won the first set 25-12. In the second game, St. Joseph's battled hard and forced the game into extra points. Crowther came out with an exciting 28-26 victory.”

After that the team won their second match against Canmore Colleigiete with scores of 25-21, and 25-9, and the third match was against John Paul II.

“The girls played well and Lena Johansen went a long service run in both sets to secure the victory. 25-18, 25-15. This victory gave them first place in their pool and a bye to the Semi-Finals,” said Flaws.

“In the Semi-Final Crowther faced St. Joseph Colliegiete again after they won their quarter-finals. Crowther showed up to play in the Semi-Finals. They served well and the offense was converting free balls into kills. They won the Semi-finals with scores of 25-15, 25-15. The victory set up a match-up with Brooks Junior High in the Finals,” said Flaws.

Even though Crowther dropped their first set of the weekend they had the momentum going into the second set. “Crowther looked like themselves in the second set and battled against a very good Brooks team that features an amazing setter and the most powerful hitter Crowther had faced all year. The Strathmore Setters Meghan Flaws and Peyton Peterson were up to the challenge, they set everything they could and the hitters just kept swinging. The girls won the second game 25-15 forcing a third game to 15,” said Flaws.

In the third set Brooks took an 8-6 lead before Addison Innes placed a kill into a deep corner allowing Lena to rotate back serve again. “Lena rattled off 6 serves that were not returned. giving Strathmore a 13-9 lead. Brooks got a great kill followed by a stuff block closing the gap to 13-11 and a Strathmore time out. For Crowthers’ 14th point Shyanne Jarred attacked a ball that Brooks sent straight back and was dug by Audrey Butler and Shyanne fished the play with a backward tip for the point. On the final point they were able to dig the ball that was deflected off our block allowing Emma Screpneck to place a tip into the open court for the victory.”

“The girls have worked really hard over the past few years even with the COVID break they found a way to improve their skills and continue to grow. It was truly awesome to have the girls playing for a championship in front of a small crowd,” said Flaws. 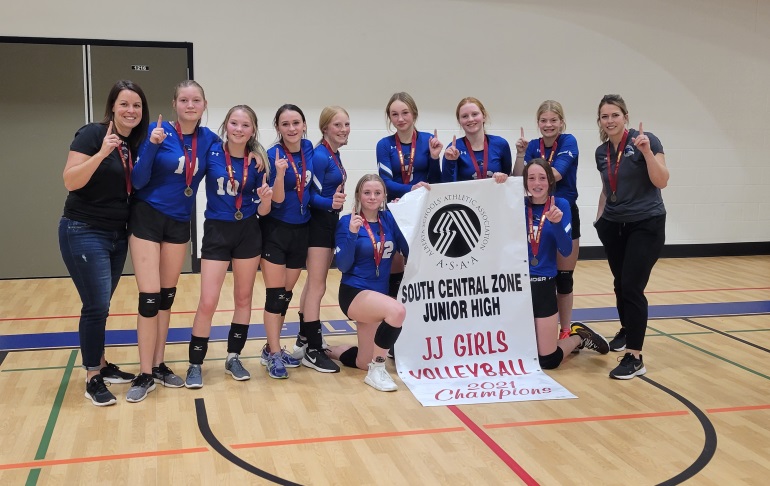 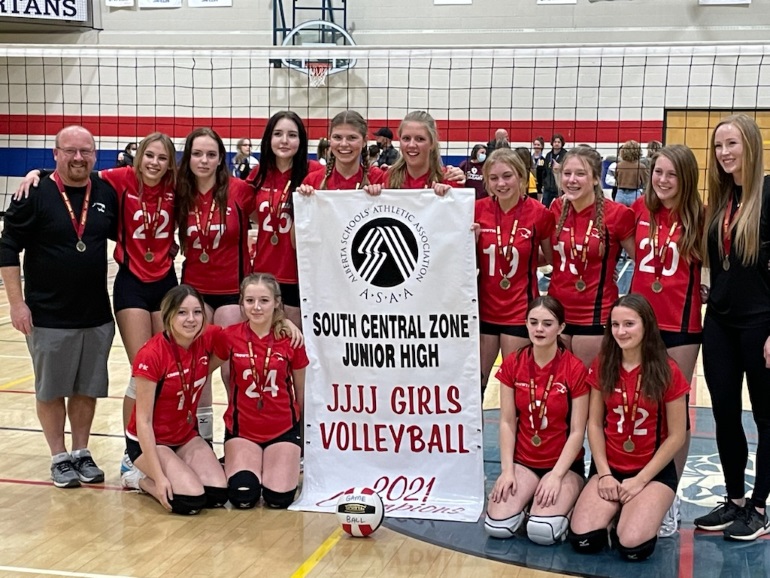 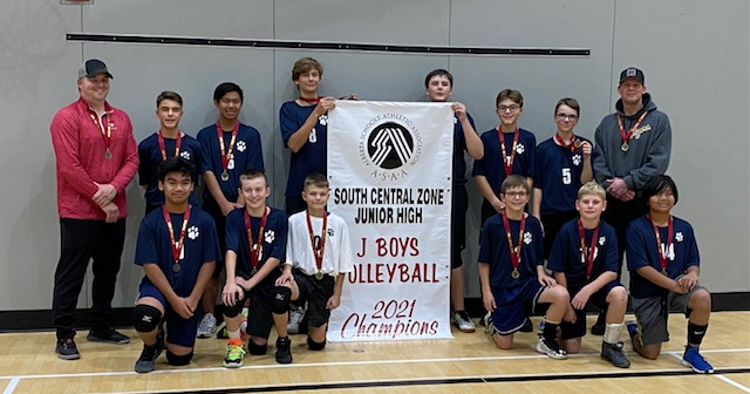 What's Next For K-6 Curriculum?

Two Out Of Three Ain't Bad For Kings